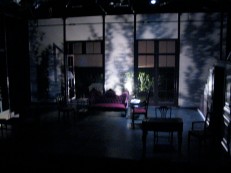 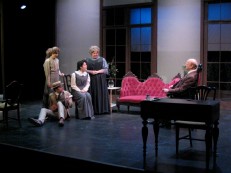 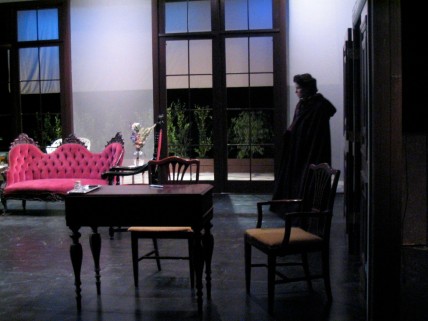 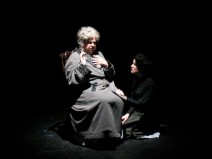 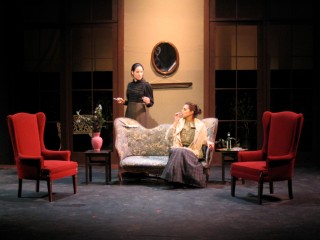 LA TIMES PRAISES  “Demson’s direction is appropriately calm and circumspect, and she creates some marvelously ambiguous, haunting stage pictures with Maureen Weiss and Josh Worth’s set and Dan Reed’s lights. . . . it’s to the credit of Demson and her committed cast, particularly Fox and Blakesley, whose striking mismatch proves to be as strangely moving as it is disorienting.” — Rob Kendt

CURTAINUP.COM RAVES!  “. . . chiseled by Fornes into a play full of depths and unexpected byways. . . . Fornes is considered one of the most prominent American avant-garde playwrights. Seeing her turn her hand to a conventional form in a repressive period is of great interest and a testament to her infinite variety. . . . Heather Fox and James Brandon vividly express the pain and confusion of Marion and Michael. . . . Blakesley’s portrait of Juster shows a devastating transition to a man torn by anguish and fury.” — Laura Hitchcock

Open Fist Theatre Company presents the Los Angeles premiere of Maria Irene Fornes’ ABINGDON SQUARE. In turn-of-the-century New York, a grief-stricken girl of 15, recently bereft of her parents, finds comfort and relief in marriage to a man old enough to be her father. As this child becomes a woman, and desire for security turns to a desperate need for sexual fulfillment, what once was a comfort becomes a nightmare for both husband and wife. ABINGDON SQUARE shows us a tender yet frightening examination of the marriage bond.